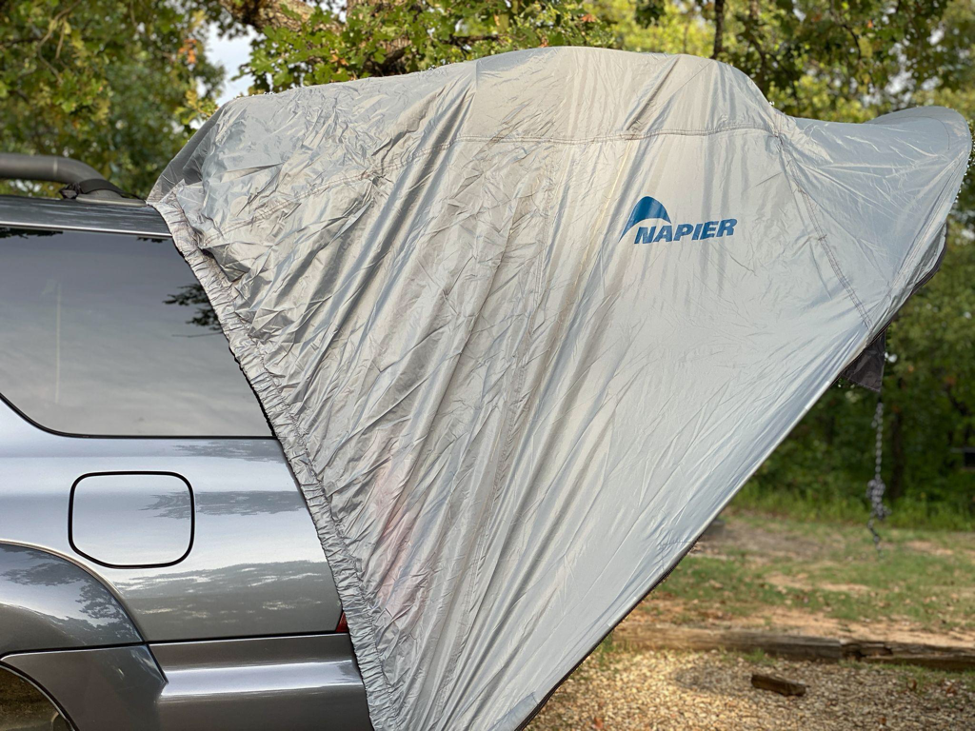 My daughter and I recently went on a camping trip where we battled raccoons and the heat.

Camping is a common occurrence in our family, but not during the summer when temperatures are in the 90s. I don’t sleep well in the heat.

Yet, we desperately wanted to test out our new Sportz Cove SUV tent, get some summer fishing done, and the overnight lows were in the low 70s, so we decided to head out to a small state park about an hour from our home.

When we arrived, we found our campsite and went on a short hike to stretch our legs from the drive. On our walk, my daughter found a rock wall to climb and tried making friends with an armadillo that was not interested in expanding its social group.

Now it was time to set up the tent.

Having never used an SUV tent, I didn’t know what to expect, though I was confident I could figure it out after putting up many tents.

Several things stood out to me as I opened the bag and began to set up the Sportz Cove.

Setting up the tent was a breeze.

I initially set it up without the directions but referenced them afterward to ensure I had done it correctly. They were clear (with pictures) on what you needed to do and what straps went where despite the tent being designed to fit multiple SUVs.

Taking it down was the same, a speedy and straightforward process. The best part only tent campers will understand is how easily it went back into the carrying bag!

It was the easiest tent to compress enough to fit into the back without a struggle.

Napier didn’t skimp on the materials they used. I’ve owned cheap tents that you could nearly see through the sides because the tent walls were so thin.

That’s not the case with the Sportz Cove. The material is thick enough to cast an excellent shadow on sunny days, and I’m confident it will last many years of camping trips.

Enlarges the Feel of the SUV

When I crawled into our Toyota 4Runner, I was shocked at how much bigger it felt with the tent.

I didn’t feel claustrophobic, even with our stuff in the front seat.

Had I closed the hatch, it would have felt much smaller.

However, leaving the hatch open led to a big con that I’m glad I caught before it was too late. 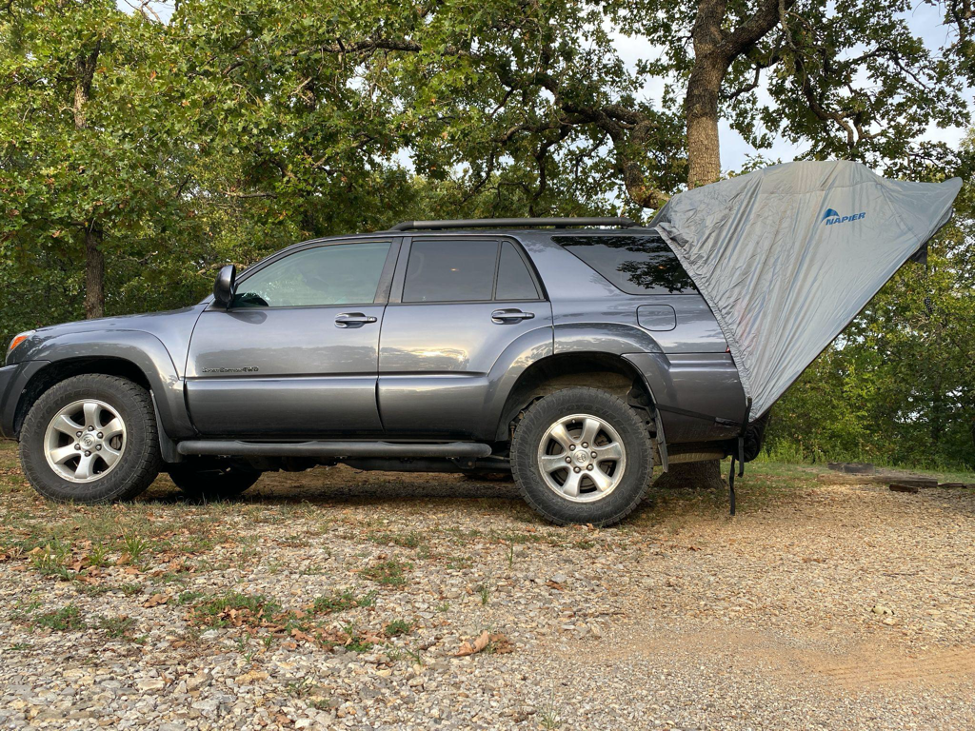 By having the doors and back hatch open to get some airflow, I noticed warning lights on my dash that didn’t turn off.

Instead of closing all the doors, I opted to unplug the car battery, so it didn’t run down while we were sleeping.

Remember when I said we battled raccoons? Just as I was about to fall asleep, I heard a rustling at the door closest to my head. When I opened my eyes, I saw a raccoon about to climb up the step and get in the car with us!

I should have rolled the windows down instead of leaving the doors open, but now I know for next time!

As I was installing the tent, I noticed it had several straps to help secure it to the vehicle. Yet a couple of places, such as along the side, only had elastic.

We didn’t have any problems with the wind on our trip, but I could see where the wind could be a problem during a rainstorm.

Must Take Down to Go Anywhere

My biggest con was having to take it down when we wanted to go anywhere. Now disassembling it isn’t difficult after all; ease of setup and tear down is a pro, in my opinion, but it’s not as simple as getting in your vehicle and taking off like you can with a traditional tent.

Overall, the camping trip went well, and I was impressed with our new tent. Despite the fishing being tough, we had fun and created several memories my daughter and I will cherish for years to come.

Now that I’ve had a test run with the Sportz Cove tent, I’ll be better prepared for our next adventure in it. Yes, there will be a next adventure; the raccoons will have to try harder to run me off!

Don’t forget to subscribe to Napier’s blog or follow us on our socials for more tips and tricks! 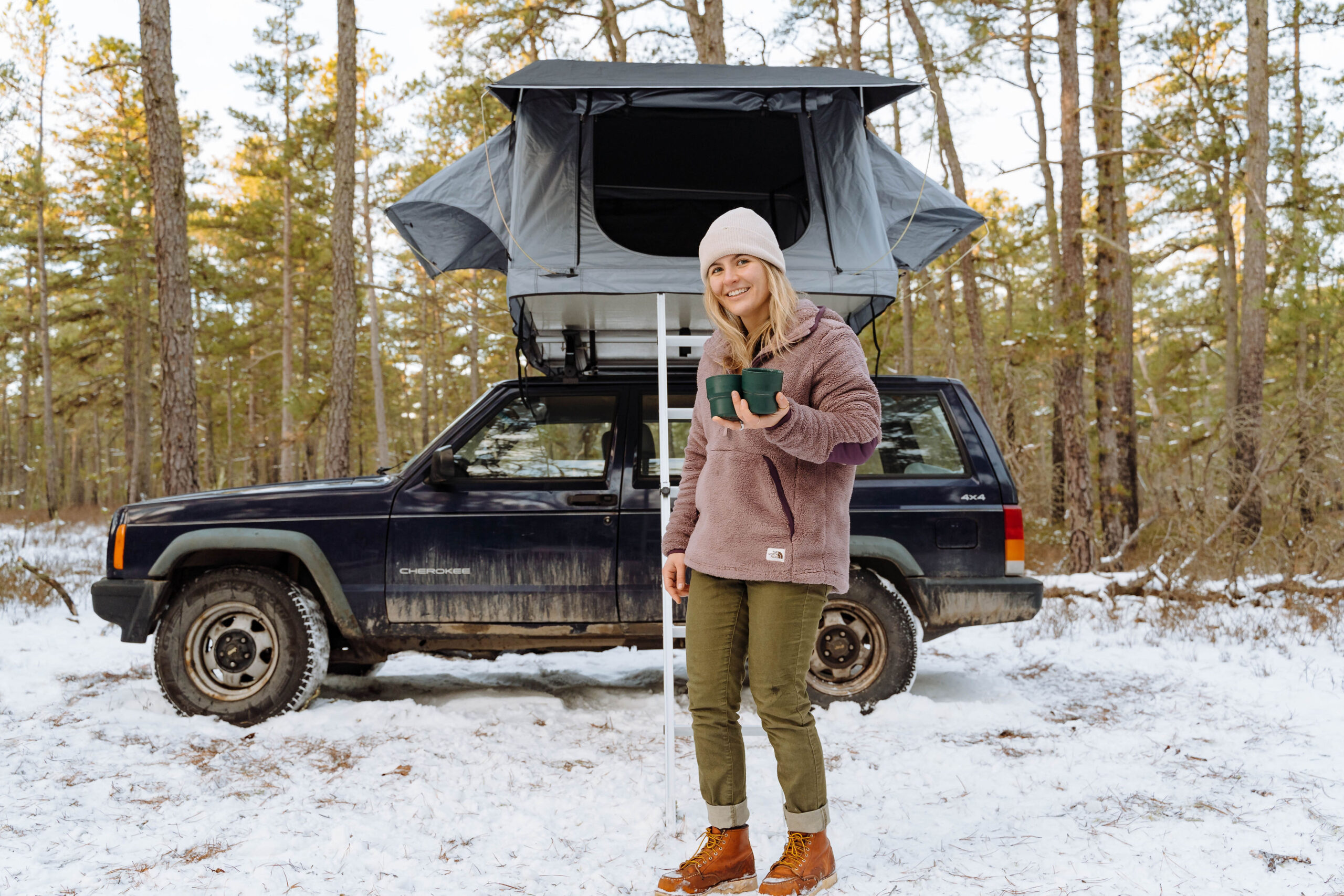 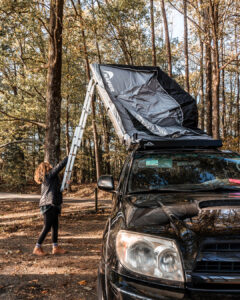 Grace Farinacci / October 2022 Going camping this fall? You GOT to try out these... 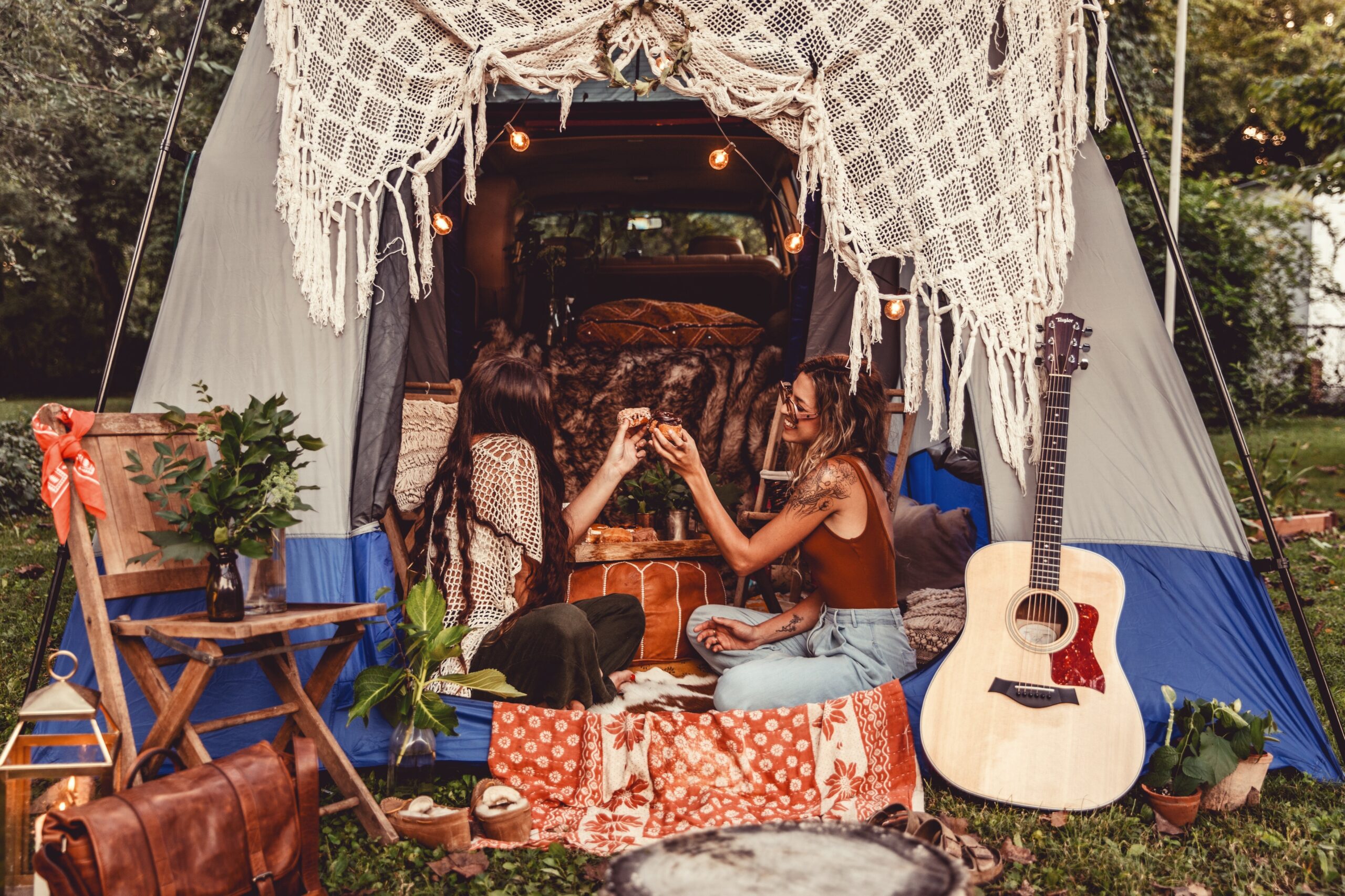 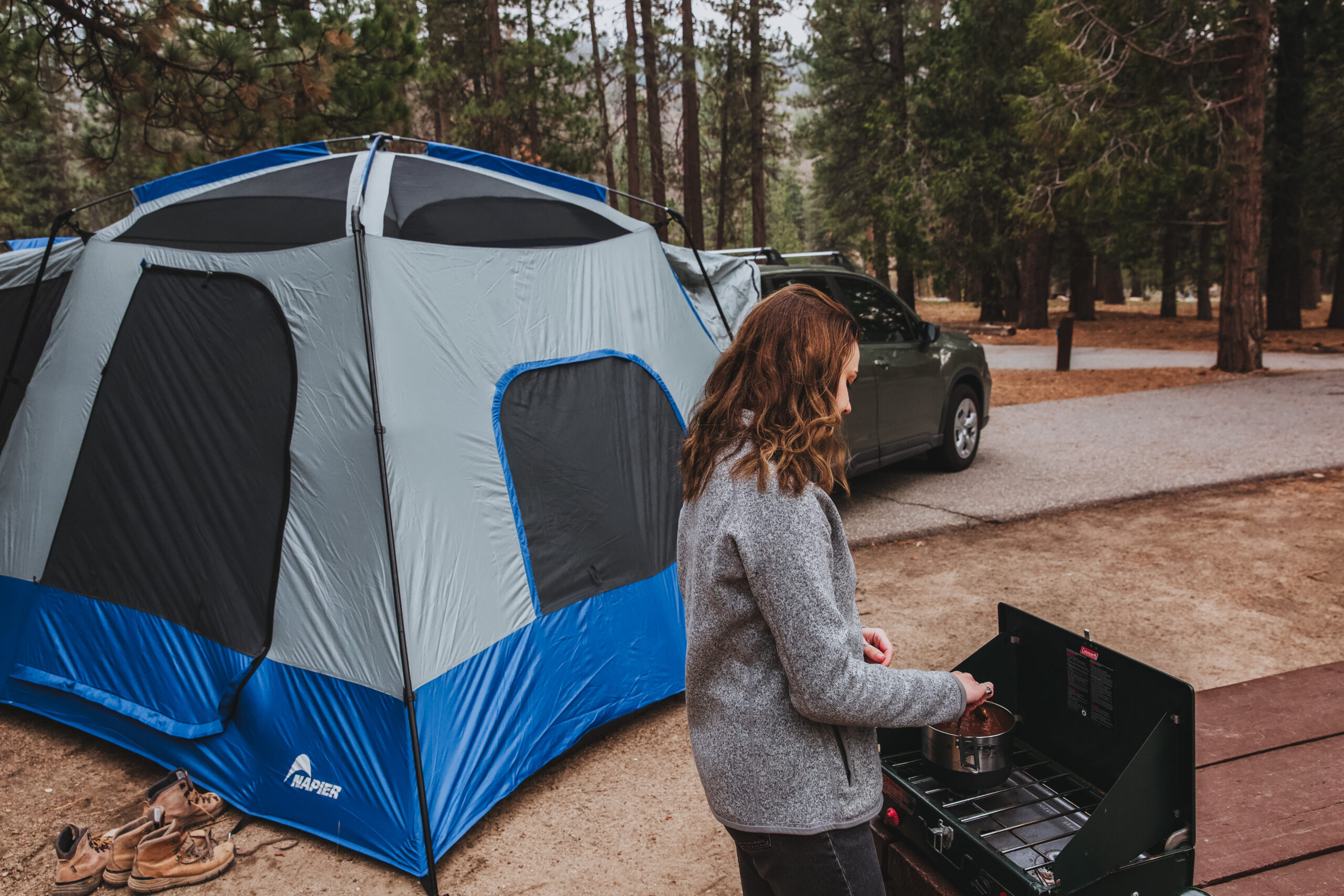 Grace Farinacci / September 2022 Camp Cooking, What Do I Need? Bringing the kitchen to... 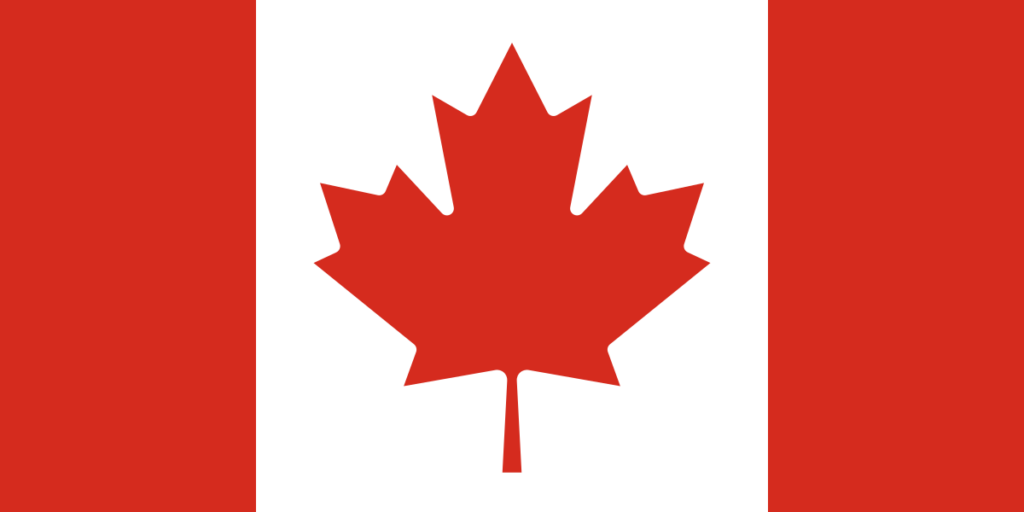